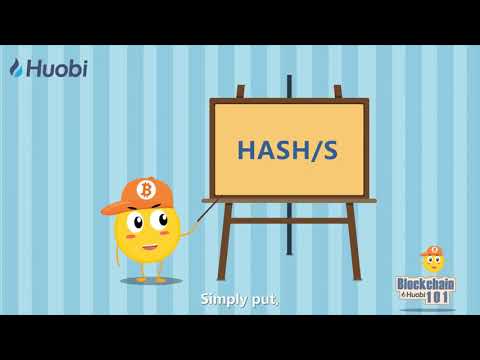 During the mining process, miners are solving complex math puzzles. However, the solution cannot be found by using a set formula. Miners rely on trial and error to find the valid hash. The number of trials a mining rig can perform per second represents its “hashing power” (measured by hash/s). Simply put, hashing power is the processing power of the network.

Currently, mainstream mining rigs come with 14TH/s of computing power, meaning that every second, each rig can perform at least 14 trillion calculations. Such rigs are called 14T miners. The hashing power a miner has in relative to the entire network’s computing power represents the miner’s chance of winning the block reward every 10 minutes.

In other words, if the Bitcoin network’s computing power is at 100, and one miner’s power is at 10, he stands a 10 percent chance of winning the block reward.

BigONE Exchange : What is Thorchain?

BigONE Exchange : What is SAFEMOON?

U.S. Jobless Claims Up, How A Second Covid-19 Wave in Europe Could Impact Global...

Bend the Knee to ETHEREUM or Miss EPIC 100x Run💥🚀

Top 3 Altcoins set to be LIFE-CHANGING in 2021!! Best Cryptocurrency Investments with Adoption!

#OKExOutfront | The State of Crypto in Canada