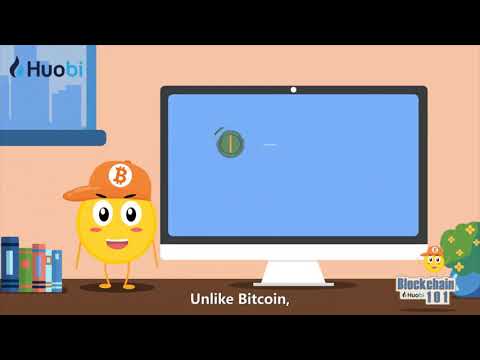 Ethereum is also known as ETH.

At the end of 2013, Vitalik issued the White Paper for Ethereum and began presale in July 2014.

At that time, this move was known as "token crowdfunding" by the crypto community.

In the presale period of 42 days, through the sale of 60102216 Ether, Ethereum’s team managed to raise over 30,000 Bitcoins
Also, early-stage supporters and developers involved prior to the presale were allocated 9.9% of the total amount of issued Ether.

Ethereum had a total of over 72 million tokens at during its launch. When the presale of Ether ended, the Proof of Work (PoW) consensus model was adopted and every year 26% of the total issued tokens then were rewarded to miners.

October October 2014, Ethereum reduced its block time from 60 seconds to 12 seconds. Currently, the block time is at 15 seconds, and block rewards at 5 Ether.

Although both Bitcoin and Ethereum utilize Proof of Work (PoW) for mining, the way they generate blocks differs. Due to Ethereum’s shortened block time, it is more prone to forming orphaned blocks.

Orphaned blocks are blocks that are not on the longest-running chain. Orphaned blocks on Bitcoin do not receive any block rewards. However, for Ethereum, orphaned blocks can be utilized and they’re known as "uncle blocks".

Their block data are also recorded in the chain. Unlike Bitcoin, Ethereum’s uncle block gives out rewards too. The maximum reward for each uncle block is 4.375 Ethereum.

Ethereum is a codable, turning complete blockchain development platform, equivalent to a global decentralized computer. In a programming system, there are normally virtual machines to support compilation and execution. JAVA has JVM. In Ethereum, there is the Ethereum Virtual Machine, EVM, which carries out increasingly complex coding algorithms.

Developers may use JavaScript or Python and another programming language to create applications on Ethereum. Through the Ethereum Virtual Machine, one can easily issue digital assets,
write a smart contract, build and operate a decentralized application, establish a decentralized, autonomous organization, etc.

ETH is also known as “gas” within Ethereum.

Around The Block Ep 4 – The Multichain World

Ep. 6: Can the metaverse be both censored and free? | Send It | OKEx Insights

How to Shop with Bitcoin & Cryptocurrency: Shopping io for Amazon

What Are Binance Dual Savings?