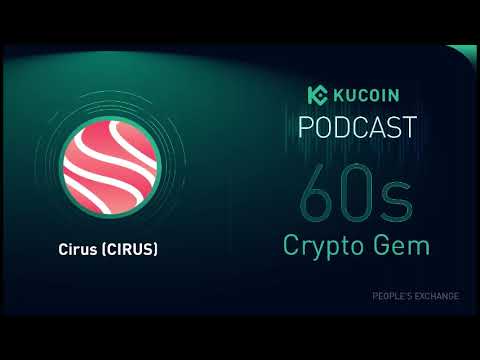 Welcome to the 60-second Crypto Gem by KuCoin. Today, we will be talking about the Cirus Foundation and its native token, CIRUS. The Cirus Foundation is the development team behind the Cirus Ecosystem, an accessible onramp designed to accelerate the adoption of Web 3.0 and the ownership economy. Cirus aims to facilitate the ownership economy, and allow users to earn directly from the data they generate every day just by using the internet. Cirus then enables users to take that earned value directly into DeFi, offramps and other supplemental earning avenues. The former Apple CEO Gil Amelio joined the Cirus Foundation as senior advisor. He will serve as chairman of its commercial division, helping Cirus reach its mass adoption goals through his extensive experience in enterprise-level telecommunications. The CIRUS token now serves as the native token of the network and its utility is directly tied to device deployments and data revenues.

Around The Block Ep 3 – Crypto’s Evolution